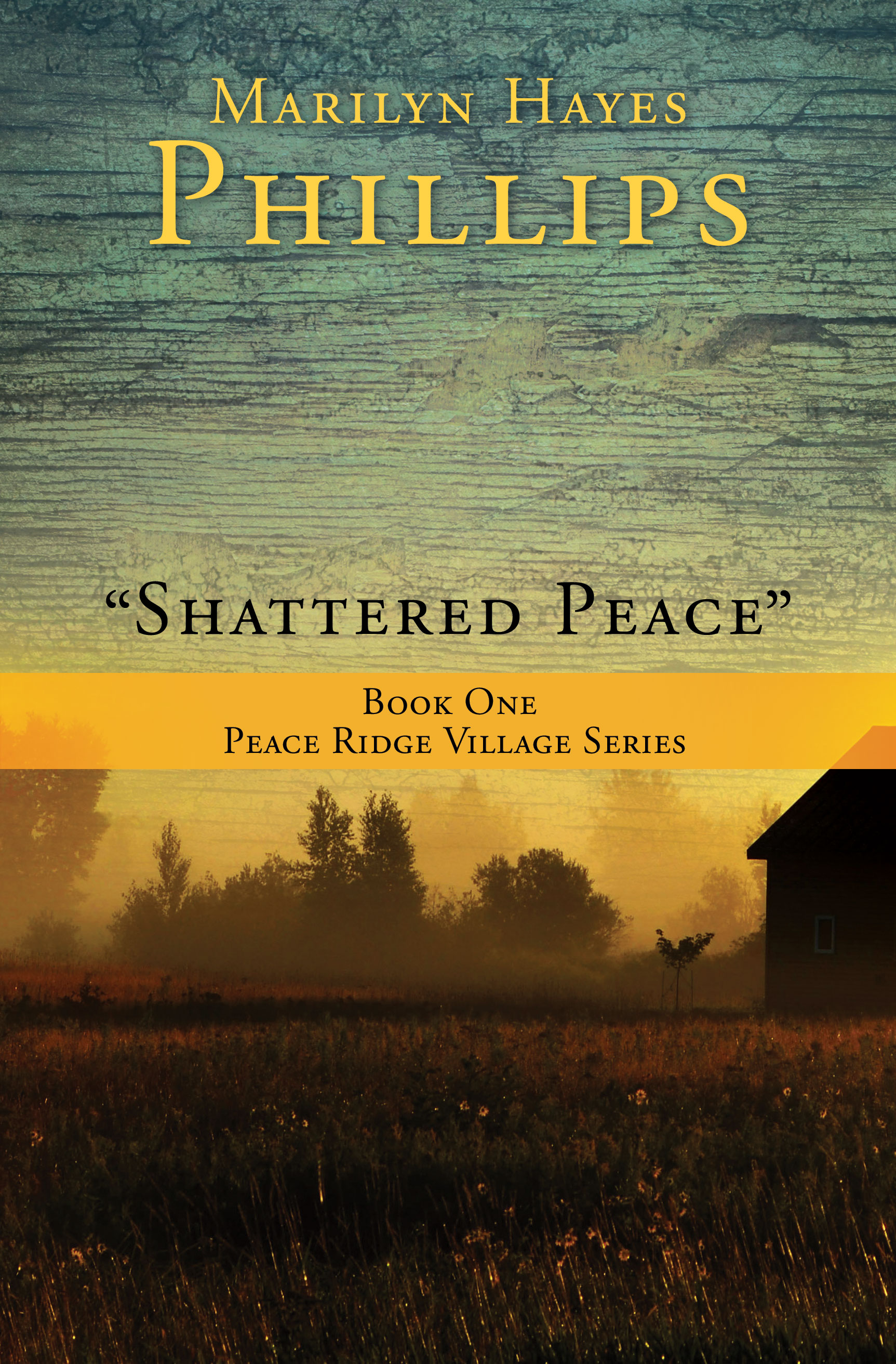 Peace Ridge Village is a small town in rural Minnesota where people look out for one another. A town where "everybody knows your name." But a smooth-talking real estate agent visits the village with plans for transforming Peace Ridge into a tourist destination and in the process, long-buried secrets and hurts are revealed. Why Pastor Ed's wife and children do not serve with him at Valley Community Church? The secrets that Eva Butler, the town's prize-winning gardener, is hiding? The buried hurts in Bill and Donna's marriage? Jennie, the farmer's wife, and her hidden longing?

It all comes together at the Crossroads Convenience Store where Romyn listens with a Christ-centered heart. Marilyn Hayes Phillips is the author of "A Wild Olive Shoot," her own personal spiritual memoir. "Shattered Peace" is Book 1 in the Peace Ridge Village Series. Book 2 is "Jason's Gift." She is also the author of a family history and cookbook called "How About a Little Lunch?" She lives in rural Minnesota with her husband, Lem.

Celebrate how God works all things together for good when tragedy happens to the good neighbors of Peace Ridge Village.

In "Shattered Peace", the first book of the Peace Ridge Village series, readers delighted in getting to know the friendly neighbors of Peace Ridge Village. It was like coming home to a peaceful, idyllic small-town where close knit neighbors lovingly accept one another, warts and all. "Jason's Gift" is the sequel to "Shattered Peace" featuring all the beloved characters: Pastor Ed Mitchell of Valley Community Church buries his own heartache to stand shoulder to shoulder with Bill Nelson as he faces the unimaginable. Romyn and Earl Randall, owners of the Crossroads Convenience Store, with their long-buried grief, discover new opportunities to give and love. Delaney, the self-centered beautiful businesswoman, finds her world unexpectedly overturned. And Shiloh, the bright, sassy, ten-year-old that captured hearts in "Shattered Peace" encounters unexpected evil that threatens her beauty and innocence.

Marilyn Hayes Phillips is the author of "A Wild Olive Shoot", her own personal spiritual memoir. "Shattered Peace" is Book 1 in the Peace Ridge Village Series. Book 2 is "Jason's Gift". She is also the author of a family history and cookbook called "How About a Little Lunch?" She lives in rural Minnesota with her husband, Lem.

“…God works all things together for the good of those who love him, who have been called according to his purpose.”

St. Paul’s evocative promise in the Book of Romans becomes abundantly clear to the good neighbors of Peace Ridge Village, Minnesota as they prayerfully cope with making sense of life after senseless tragedies.

Book Three in the Peace Ridge Village series continues the story of the beloved pastor, Ed Mitchell, who struggles to rebuild his marriage after the family tragedy that caused his wife, Jill, to retreat into impenetrable darkness. At the same time, he counsels and consoles his neighbors who have come to depend on his godly wisdom: Bill Nelson’s wife, Donna, remains in a hopeless coma, as he copes with guilt, grief, and the rebuilding of his business after her financial betrayal; suicidal Veronica Marshall gains a glimmer of hope and peace when she begins to face her own dark sin; good friends, Romyn and Earl Randall who own the Crossroads Convenience store in Peace Ridge, persevere through setbacks to come close to realizing their adoption dreams. The newcomers, Titos and Maria Papadopoulos, begin to rebuild their lives in Peace Ridge after their son’s death in Afghanistan. And we delight in getting to know the boy poet, Brian Peterson, who awaits reunion with his self-centered mother, Delaney, and expresses his loneliness and longing in his little nature poems. 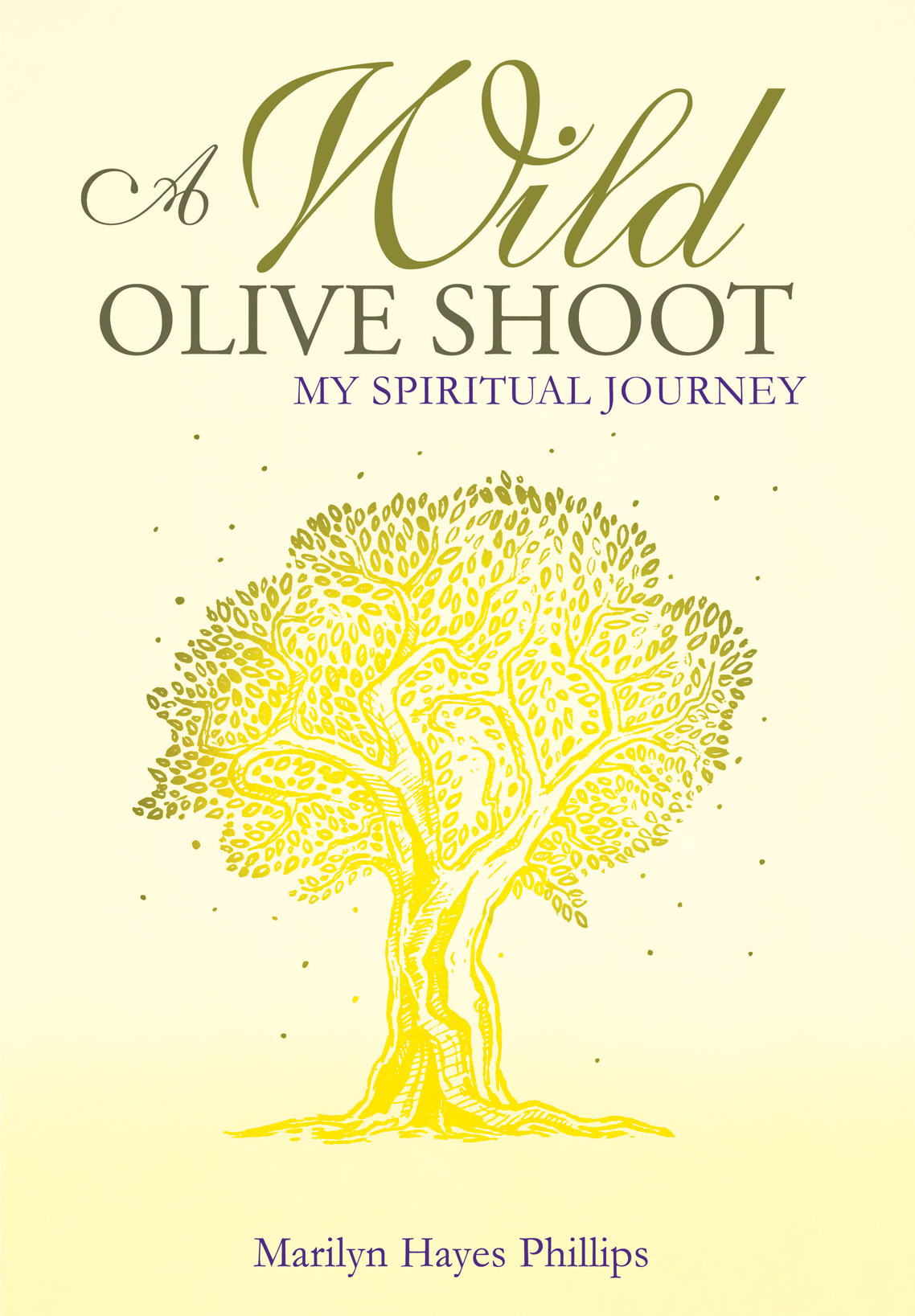 She felt she was good enough for God, having accepted Jesus at age nine and believing she had kept herself free from committing sin. However, as author Marilyn Phillips describes her life story in the new autobiography, A Wild Olive Shoot, she recognizes a drift from Jesus over forty years of her life. Her family's farming history charted much of Marilyn's early childhood memories; a carefree childhood spent in the country. However, her spiritual journey truly began as she chased after freedom, starting with an esteemed, though difficult, position as secretary in the Wheaties Sports Federation. Her marriage to a theater actor turned into a union with an unfaithful, abusive husband and a short-lived venture into Scientology. Their divorce pushed her further into new age religions and living a worldly existence, but the call of Jesus still remained in her heart; finally reunited with God again through her Christian husband. 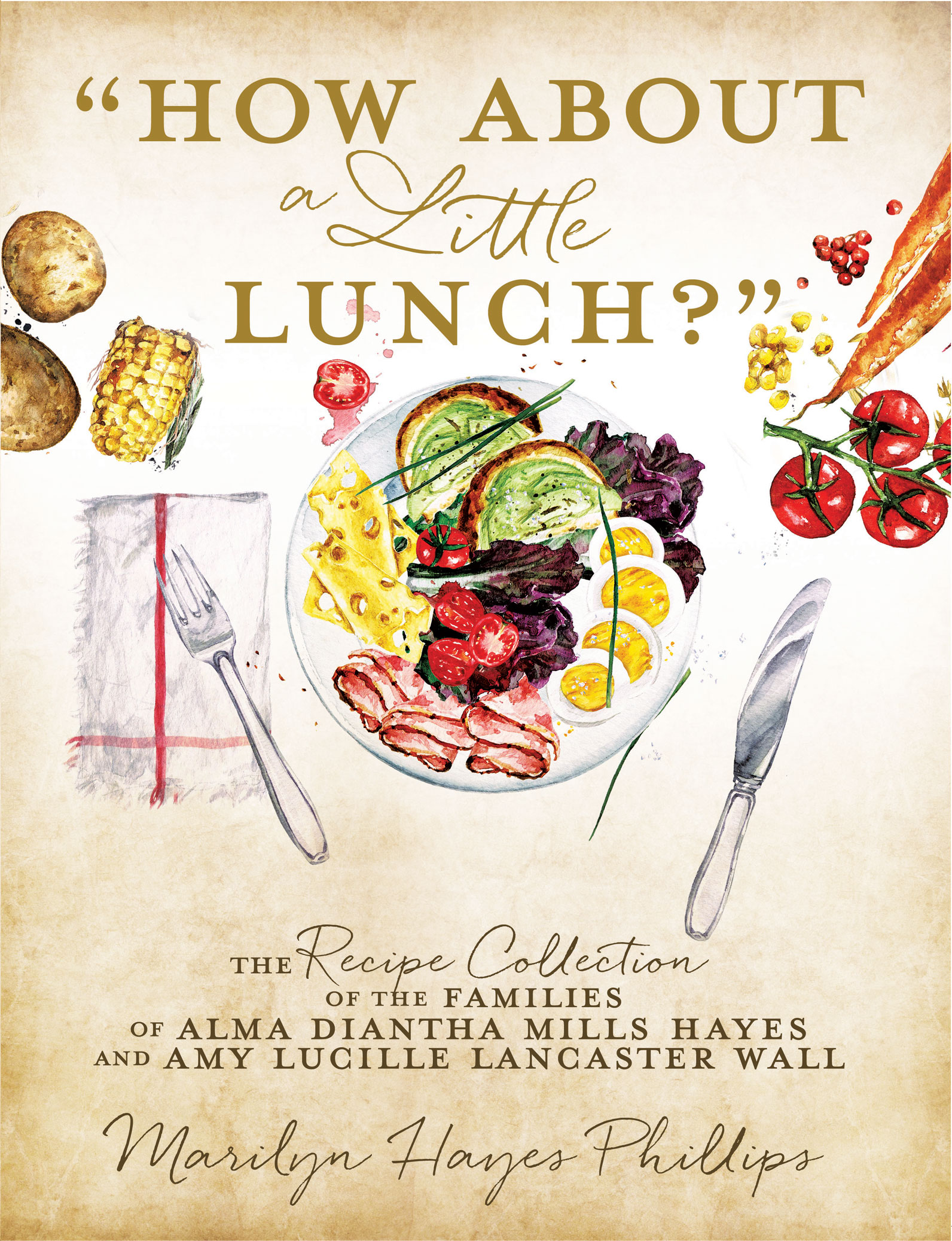 A tender homage to much-beloved grandmothers, this unique collection of delicious recipes will bring eager anticipation to your table and a smile on your face as you pore over the delightful stories woven throughout the recipes themselves. The collection of over 500 delicious recipes is prefaced by a fascinating family history of this quintessential American Midwest family. The compelling Hayes family story includes a Shawnee Indian raid on the family in the late 1700s, a poignant letter of the Civil War battle of Spotsylvania from a valiant 25-year old who would become the Mills family patriarch, and the Depression hardship and loss that forced the Wall family’s 300 mile+ walk to the green pastures of central Minnesota and a better life. This book is a fascinating insight into a particular time and place and the stories will linger in your memory. The recipes themselves are sure to become your own family’s “keeper recipes.”